One of our general aims is to maintain the special ambience that makes the park unique and a special area. Jenny 2009

This special interest group of The Friends of St Andrews Park deals with a wide range of issues connected with the appearance of the park. One of the general aims is to maintain the special ambience that makes the park unique and a special area. We are trying to do this in several ways, for example, we would like to re-establish the original Victorian appearance of the park e.g. with features such as a water fountain, a sundial, iron railings and so on.

One of the current activities of the group is creating a set of Notice Boards and Signs - the group was recently responsible for placing temporary signs to welcome people to the park and to remind park-users to keep the park tidy and not to burn the grass. Funds are being sought for a series of new notice boards and information panels to make a walking trail around the park which will relate the history of the park from the Civil War times to Victorian times and beyond, other panels will describe the wildlife and trees. The group is also working on creating a permanent memorial in the park in memory of the RAF airmen who lost their lives when their WW2 bomber crashed into the park.

Other specific issues also currently of concern include the following:
 The design and appearance of litter bins and recycling bins.
 Screens for making recycling bins look less unsightly - could be wooden fencing or hedging.
 Hedging around the park
 Entrances, gates and railings around the park.
 Path maintenance.
 Replacement of fallen or diseased trees
 Flower beds
 Lighting in the park
 Possible introduction of permanent barbecues in the park.
 The WW2 Bomber Memorial

We are keen to have more members to help deal with the many issues which this group deals with, please do get in touch with Jenny if these issues are of concern to you. Currently members include Beryl Sanderson; John Mayne; Jenny Morris; Nigel Morris and Martin Weitz

This group does not have any discussions yet.

You need to be a member of Heritage & Appearances to add comments! 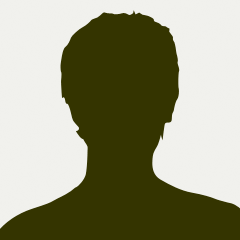 Hi Jenny - I have recently joined the Herritage and Appearance group.  I look forward to meeting you and the rest of the members at the next meeting.  When is it?

Thank you Jo!  Sorry I couldn't make the meeting yesterday; long standing prior engagement, but I do look forward to coming along soon and meeting others.

The next committee meeting is 1.6.11. Everyone is welcome to attend, so perhaps you would like to come along and meet some of us who, like you, are interested in restoration. The idea of more screening around the park is not one I have heard raised - come why not come along on Wednesday and raise it.

Comment by Cath on May 29, 2011 at 21:59
Having recently moved to St Andrews it has been lovely getting to know the park better.  The aims of the Heritage & Appearances group sound great.  I'm interested in the idea of restoring railings and gates.  Also interested in knowing if there's any current discussion about planting more shrubs/trees etc as screening around the park, especially near the toilets.

Comment by Laura Todd on May 28, 2010 at 12:19
Hi, I have recently joined FoSAP and have just found this group. I am pleased to see that people are thinking about the BBQ situation... permanent BBQs would be an excellent idea, or at least a sign on the entrance asking people to use bricks with their disposables (could be blind but haven't noticed one yet).

Are things like this funded by the council/ subject to their agreement/control? Or is there the opportunity to do some fundraising ourselves (ie.cake stall in the park), to raise money to build proper BBQs and keep the grass neat. Would be great to get local youth and community groups involved, skills sharing type thing, and learn how to make one properly.